My regular readers (that’s you) know that I have a fondness for the early heyday of glitzy, glamorous, kitschy, Las Vegas. Sure, I know there was massive crime and corruption, but OOOH, GLITTER AND STILETTO HEELS AND GUYS IN SUITS. You may not know that I also enjoy a good costume drama. Yes, I very much enjoy shows like Boardwalk Empire, Downton Abbey, and of courseÂ Mad Men. So when I glimpsed an ad for a new show on CBS called “Vegas” and set in the early â€™60s, I perked up and watched! Based on a true story? Check. Cowboys? Check. Gangsters? Check. From the writer of Goodfellas? Check. Dennis Quaid, Michael Chiklis, and Carrie-Anne Moss? Check, check, and check. Accuracy and attention to detail?

The sets feature a 170-foot-long-block facade of Fremont Street as it appeared in 1960, with an assortment of Western-style casinos, a pawn shop and bingo hall. Electricians installed 500 transformers to power all the neon lights.

To make the street as authentic as possible, Meyer relied on old photographs of casinos such as the Golden Nugget and watched clips from famous Vegas movies including “Bugsy,” starring Warren Beatty; the 1960 film “Ocean’s Eleven” starring Frank Sinatra and Dean Martin; and the James Bond picture “Diamonds Are Forever,” which shot a car chase scene on Fremont. 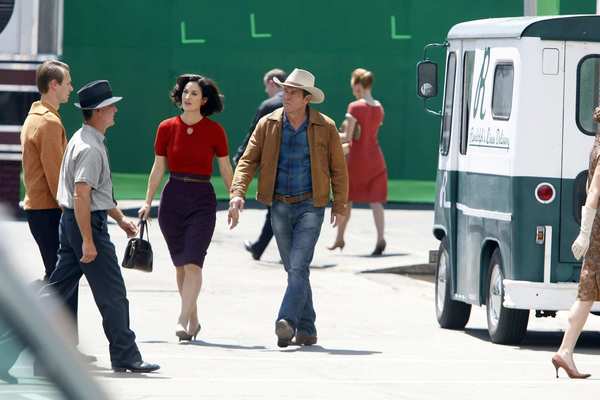 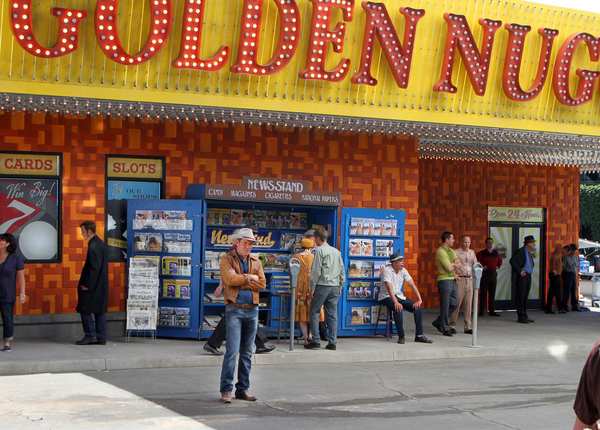 Well, looks like I have a date with my TV on September 25th.Â And thenâ€¦

Over the weekend, I get an unusually large order at Tiddleywink Vintage. Folks typically buy one or two things (although I do offer a discount code on multi-item purchases, and the shipping gets a better break, so ask me if you’re interested) and then come back later for another piece. One item at a time, slowly building up their collection. This order, while not huge, is not typical. I take a look at the shipping address, and HELLO, THIS IS FOR THE WARDROBE DEPARTMENT OF VEGAS!Â A show where they’re making a point of getting the details right! I am so honored to be recognized this way for accurately describing my listings, and I’m keeping my fingers crossed that I get to see something of “mine” flash across the screen this fall.